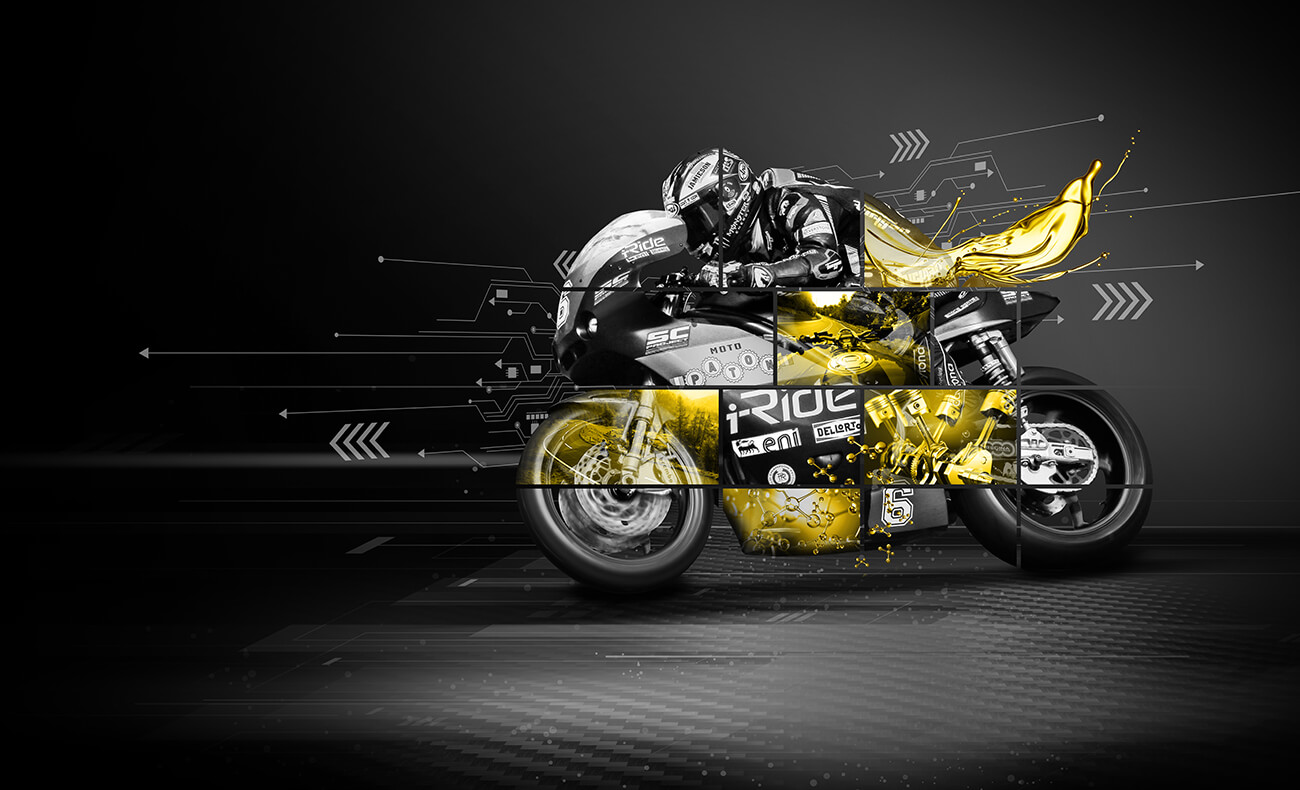 Another important goal for DELLORTO with ENI i-Ride

THE SKY RACING TEAM VR46 AT X FACTOR FOR THE UNVEILING OF THE 2018 LIVERIES:

LUCA MARINI AND FRANCESCO BAGNAIA IN MOTO2 WITH KALEX. DENNIS FOGGIA AND NICOLÒ BULEGA IN MOTO3 ON KTM.

Milan, December 14th 2017. From the track to the X Factor stage. As usual, the riders of the Sky Racing Team VR46 have taken part in the final of the popular talent show. This night during the event, Francesco Bagnaia, Luca Marini, Nicolò Bulega and Dennis Foggia have unveiled the liveries of the 2018 season live broadcast on Sky Uno HD.

The Team, born in 2014, thanks to the collaboration between Sky and Valentino Rossi to support the young Italian talents of motorcycling, is projected to the next season between innovations and confirmations, with four riders in two categories: in Moto2 Luca Marini alongside Francesco Bagnaia on Kalex while, in Moto3, Dennis Foggia will join the Team with Nicolò Bulega on KTM.

Bagnaia, Rookie of the year in Moto2 will share the garage with Luca Marini (20), a talent grown in the VR46 Riders Academy and protagonist of a steady and significant season in 2017. Bulega, in Moto3 with the goal of being more and more competitive, will find alongside him the 16 year old Dennis Foggia, Junior World Champion in the CEV Moto3 and at the debut in the World Championship.

In both categories, the Team can count on the commitment and trust of a lot of partners, which have embraced the philosophy of the project to support the Italian champions of tomorrow. Next to Oakley, which will be the main partner also in 2018, confirmation for Monster Energy together with Dainese and AGV, alongside the team since 2014. To these we add DELLORTO, an Italian company with great tradition in the world of motorsport competitions, that will support the Sky Racing Team VR46 project as the exclusive distributor for Italy of the Eni i-Ride line of high-tech lubricants.